Check out why you should stop feeling bad about your mistakes, and start using them to be more successful.

From the late Steve Jobs to Sir James Dyson, successful entrepreneurs often say repeated failure is the best (and sometimes only) way to true innovation.

But according to Wharton School professor Paul Schoemaker, breaking away from the negative stigma attached to mistakes, especially in the business world, is easier said than done.  In his new book, “Brilliant Mistakes”,  the decision sciences expert dives into what entrepreneurs and business leaders are really missing when they sweep mistakes under the rug.

What is your definition of a mistake?

Mistakes are defined in Webster’s as, simply, a decision people regret. It’s about a negative outcome. But in the real world, outcome is also influenced by chance. Take this example: A man plays the lottery and loses every week. His friends may call that repeated decision a mistake based on the terrible outcome. But what happens if he wins one week? The outcome is different, but the decision is the same. Is it then a brilliant decision or still a mistake? This definition of mistake is too outcome-based. To me, it’s more beneficial to look at how the decision was made. And in that sense, we should all be making more mistakes.

In your book, you use Edward Lorenz, founder of the ground-breaking “butterfly effect” theory in the 1960’s, as an example of a person who made a brilliant mistake. How so?

He founded this theory after he discovered a simple rounding error in his meteorology work. And yes, it was an error, but because he wanted to understand why this error occurred and what it meant, he discovered this brilliant idea. To me it’s a perfect example of someone who embraces their mistake and finds a greater lesson in the process. Though this is somewhat more common in the science world where trial-and-error is accepted, most successful entrepreneurs embrace mistakes too. Take Steve Jobs’ famous Stanford speech where he outlined his mistakes that led to success. Michael Bloomberg has often touted his mistakes, and so has Sir James Dyson.

So how does this all relate to running a business?

Well, for example: Do you promote your employees based on results, or on their process, even if the outcome isn’t so good? For example, I know a very successful options trading company that evaluates their traders not on how much money per week they make for the company, but on how good their reasoning was going into the trade. I would argue that an entrepreneur going into a new venture, one who has thought through everything imaginable, even if that person fails, it would still be considered a good decision based on what was known at the time. The outcome doesnt matter.

But is that a better approach than creating a goal or quota for someone?

If your company is just based on outcome, you know less about what’s really going on. It’s about getting a more comprehensive view of the process.

How would you change the thinking behind mistakes?

There are costs and benefits of mistakes. Immediately after making a mistake, you see only the costs: you didn’t win; you didn’t get that account; you’re beating yourself up. But the benefits of a mistake are greater than the costs. Failure is a bigger departure from expectations. Basically, it’s the world telling you that you didn’t see it in best way to begin with. If you ignore that, what have you learned? If I were a CEO, I would say these mistakes are corporate assets, and I paid for these. I need to learn from them. 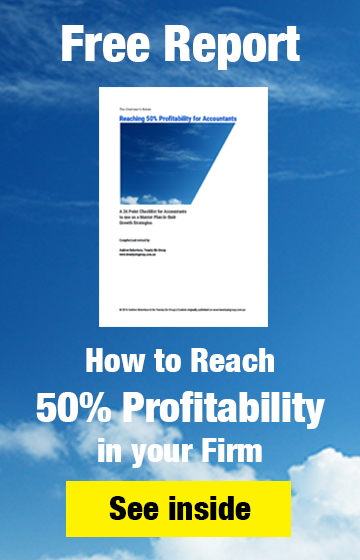 The biggest impact that I have seen since being involved with 26 Group, is the team change. Seeing the team come together, knowing that I have their … END_OF_DOCUMENT_TOKEN_TO_BE_REPLACED